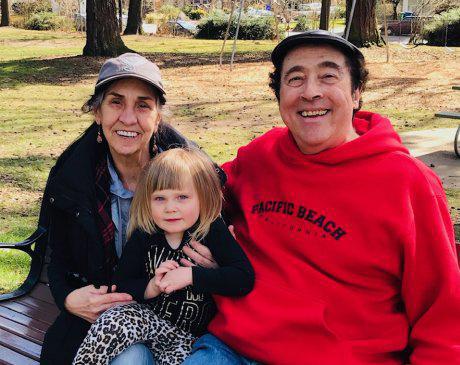 Vitamin injections with Vitamin B12 are important supportive treatments for mental well-being.

He was conferred diplomate status with the American Board of Chelation Therapy recognizing the role chelation has in cardiovascular care.  Dr. Collin’s training continues with the American Academy of Anti-Aging Medicine and International College of Integrative Medicine.  His continuing medical education includes attending conferences at the Oregon State Health University,  Swedish and Evergreen Hospitals, and journal study through the American Board of Internal Medicine.

In 1985 a U.S. Congressional panel began the evaluation of “alternative” cancer treatment due to a high public interest in such therapies.  Congress assigned the study of alternative cancer treatment to the Office of Technology Assessment.  Dr. Collin was invited to Washington, D.C. to participate in the study serving on the board from 1985-1991.  Based on the report by the O.T.A. Congress funded the Office of Alternative Medicine at the National Institutes of Health in 1991.  The office, now the Center of Complementary and Alternative Medicine at the N.I.H., has been funding research on alternative treatment for the past 3 decades.  Dr. Collin is very pleased that his participation led to a permanent center at the N.I.H. to study alternative medicine.

In 1983 Dr. Collin initiated a newsletter to serve as a bulletin board for alternative medicine practitioners.  By 1985 that newsletter, the Townsend Letter, became a widely circulated magazine for practitioners, researchers, and consumers.  Before the days of the internet the Townsend Letter was the primary journal reporting on integrative, functional, and naturopathic medicine.  The publication has recently published its 450th issue; Dr. Jonathan Collin is its editor-in-chief and publisher.  The Townsend Letter has received media awards from the American Academy of Naturopathic Medicine and the American College for the Advancement of Medicine. The Townsend Letter is now published both in print and digitally; its website, www.townsendletter.com indexes past issues and posts medical articles freely accessible on Google. A weekly e-newsletter is now published to highlight the best information of the magazine.

In 2010 Dr. Collin was awarded an honorary degree by the Capital University of Integrative Medicine.  In 2015 he was conferred Lifetime Achievement Award in Alternative Medicine by Emord Associates.  In 2018 he gave the commencement speech to the graduates of the National University of Naturopathic Medicine in Portland, Oregon, where he was conferred an honorary Doctorate of Letters, Lett. D.

Dr. Collin celebrated his 44th anniversary with his wife, Deborah in 2020.  He and his wife enjoy family visits with daughter, Affinity, and son, Sam, as well as grandchildren Jackie and Quinn.

WHAT DO WE KNOW?  The FDA claims that the NASEM report, which recommends restrictions on compounded hormone therapy, is “independent” and “comprehensive,” but a third-party analysis of the NASEM report shows it to be compromised by conflicts of interest, and bad science. The analysis shows that the agency exerted inappropriate influence and bias in almost every phase of the commissioned report, even recommending study committee appointees who had NO EXPERTISE in prescribing or compounding hormones. CLICK HERE TO READ MORE…..

FOR FURTHER EDUCATION ON THE TOPIC, READ: Safety and efficacy of compounded bioidentical hormone therapy (cBHT) in perimenopausal and postmenopausal women: a systematic review and meta-analysis of randomized controlled trials